Filming in Kenya With The David Sheldrick Wildlife Trust

They say, in our industry, never work with children or animals. Well how about children of animals? After all, getting the chance to film orphan baby elephants is hard to refuse.

Every year, IAG Cargo sends airline blankets to the David Sheldrick Wildlife Trust in Nairobi, to be used to keep elephants warm during the cooler months. It’s not only essential work, but quite an intriguing story. We wanted to showcase this partnership in a very delicate, cinematic way.

With our kit packed and concept laid down, we headed out to the nursery just outside of Nairobi.

We arrived at an ungodly hour, around 5 or 6 am, and unsurprisingly the whole place was quiet. The keepers were just about stirring to prepare the breakfast of all the hungry orphans; a huge vat of porridge and baby formula, poured into cartoonishly large baby bottles.

We built our cameras – 2 URSA Mini Pro 4.6k with Samyang primes, Zacuto shoulder mounts and Rode NTG1’s mounted on top to pickup that lovely ambient noise – and we were taken to see the elephants as they came back from their walk. We waited a tense and excited few minutes, ready to roll, before we saw the first one running through the trees – excited not to see us, mind, but his milk. 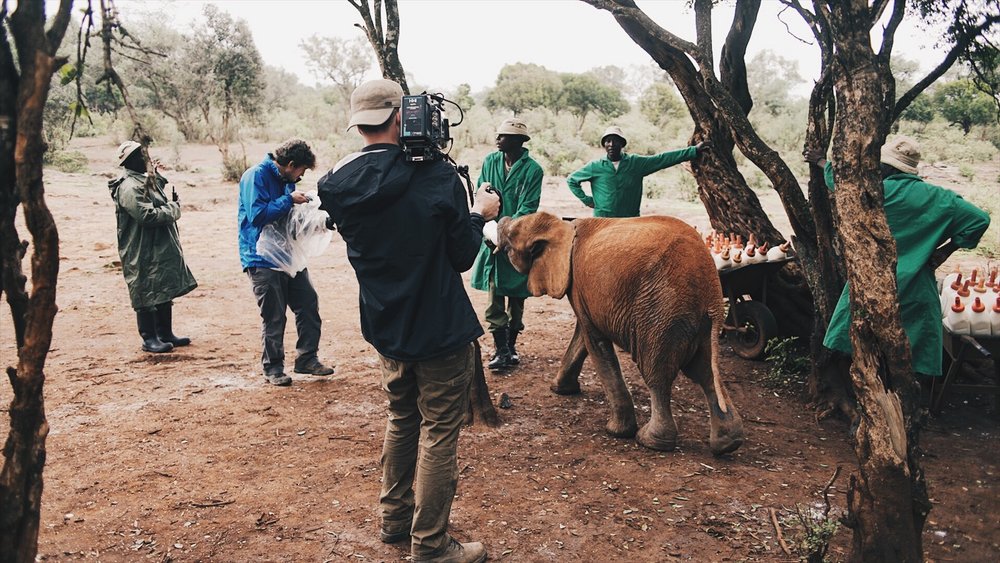 The first elephants come to get their breakfast. As breathtaking as it was, we had to get to work.

Ian and I switched from gooey-tourist mode into camera op mode, and grabbed those all important reveal shots. I was surprised at how easy they were to shoot. Unlike cats or dogs (that run towards you instantly if you point a camera) the elephants largely ignored us, meaning we could shoot at any angle we pleased and they’d act natural. That’s more than you can say for most humans. 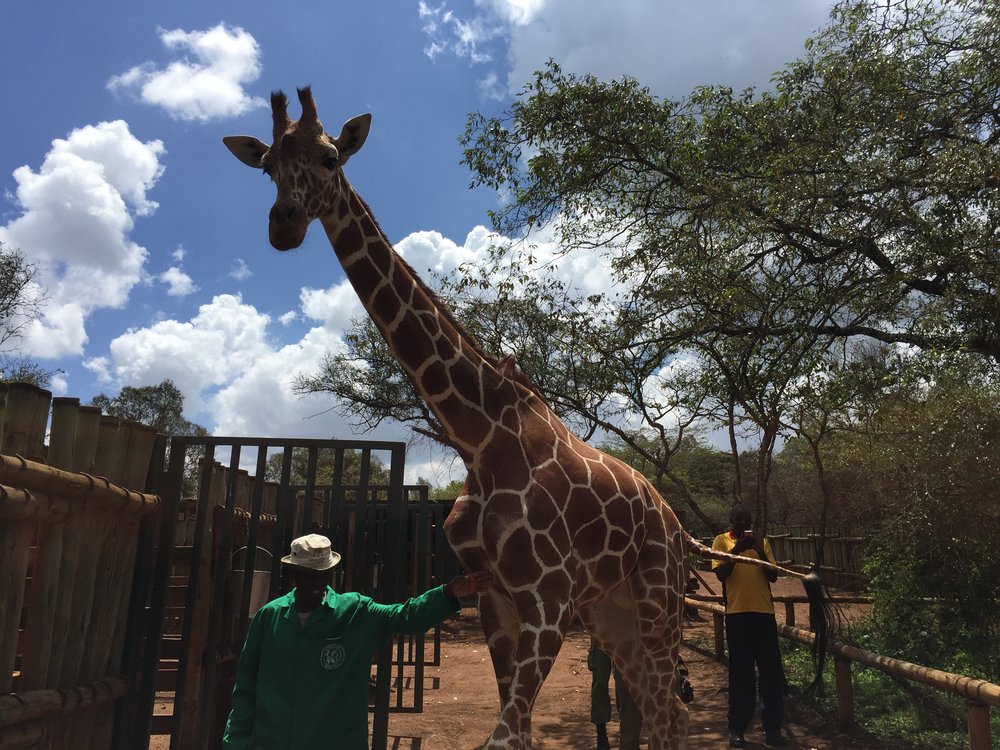 Jack the giraffe was curious about the new visitors with the black shiny objects.

However, I’ve never had a human try and grab my camera away from me whilst filming them. One or two of the elephants were rather more curious, and at one point, getting a great close up of a face, I felt a tug on my camera. The orphan had his trunk wrapped tightly around the URSA’s handle. I had to wrestle it as politely as I could back from him. But who knows, maybe the little guy could have been the next Roger Deakins. 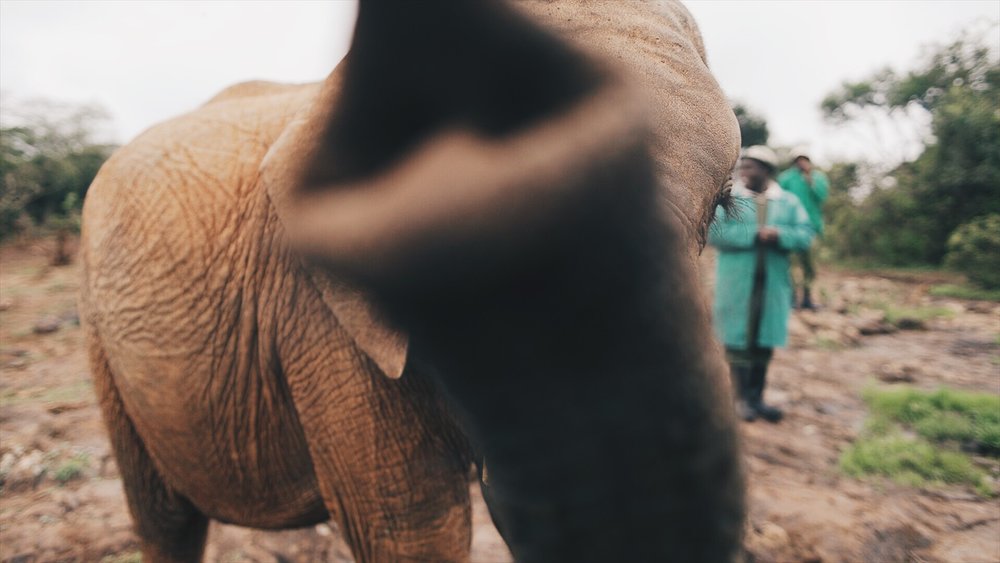 Apart from this incident, and a group of young-un’s playing football with our lens case, filming the cutaways was really plain sailing and highly enjoyable. We got some incredible footage, and with 40 or so elephants to film, there was always something interesting happening – playing, chewing leaves, or intimate moments with the keeper.

Our interview with Edwin, the head keeper, was equally fantastic. He was a true professional, spoke eloquently and with enthusiasm, the only downside being that we had less than an hour to set up and shoot with him. I used a simple circular diffuser on two stands to reduce the distraction of a sun that was dipping behind clouds. At one point a gazelle wondered into frame, but this just added to the charm. 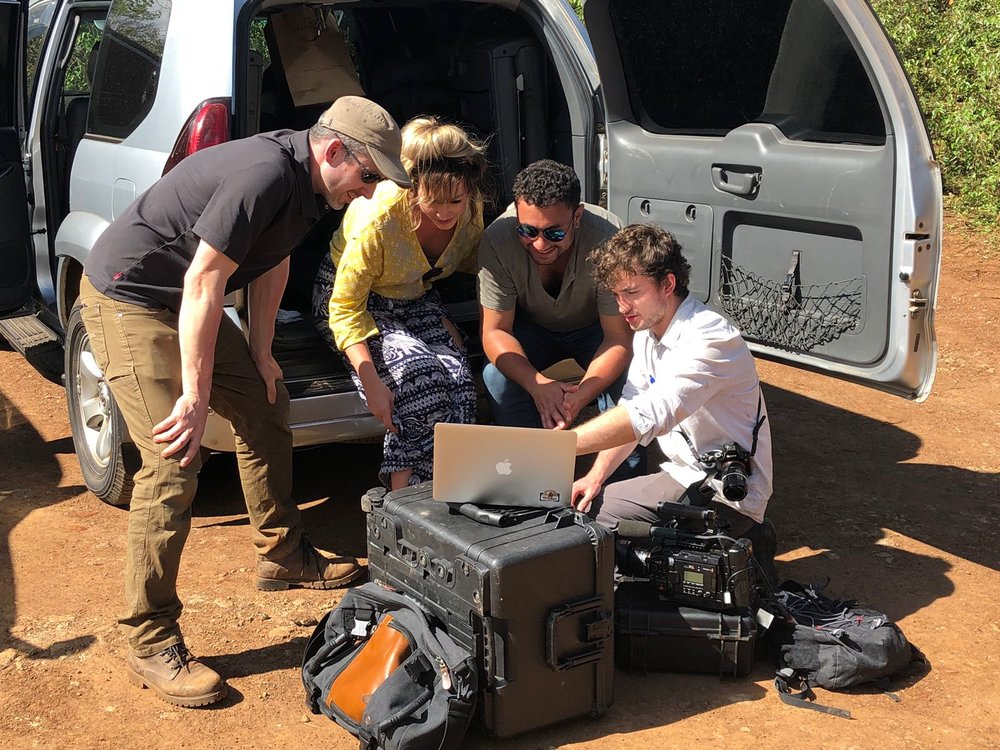 Back home, in the edit suite, the URSA’s footage proved to be very flexible in taking a grade, and I spent a lot of time producing a natural feel to the image that wasn’t too contrasty, or too bright. A delicate soundtrack coupled with adding ambience from our microphones created just the mood I was looking for. Edwin’s enthusiastic words layered underneath the beauty shots told the story in the perfect way. When we sent it to IAG, they told us that everyone who’d seen it had swooned over the elephants, and couldn’t speak highly enough of the film. That kind of feedback is good enough for us.