How we used ink and milk to enhance our edit

How we used ink and milk to enhance our edit

Social Films recently travelled to Hyderabad in central India to film vaccine production at Biological E. As you can read here, it was quite an experience covering such an interesting company.

Over the following week we crafted what was a strong edit – It was engaging, slick, and emphasised precision and scale. But it needed something extra, a third element to bring it up a notch. We thought some kind of abstract graphical motifs to cut to occasionally would work really nicely.

We’d seen photos and video content of ink in milk before on Vimeo and Flickr, and we figured this would be the perfect way to produce some abstract effects that could compliment our current edit. When put together, the ink swirls and moves and pops and forms shapes, and it has a very medical feel to it without looking gruesome; more like a microscopic image of a drug interacting with some cells. It was the perfect choice.

So, Tom and I headed to the craft shop, bought some marbling acrylic ink, 2 pints of milk, and headed back to the studio. There we set up an A7S, an LED panel, a bowl and a ladder. It was a pretty simple procedure – Milk in bowl. Ink in milk. Pretty patterns on record. 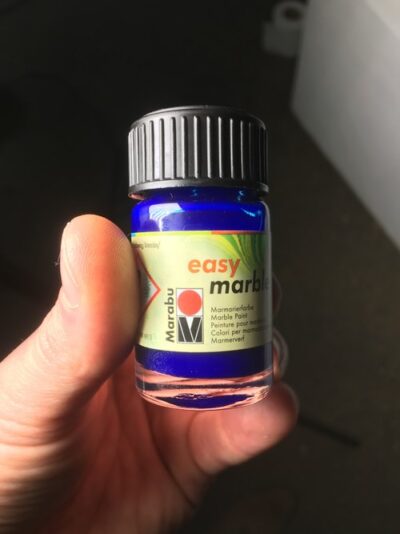 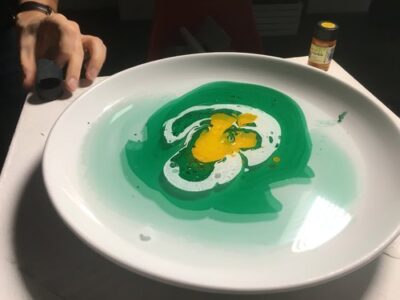 The results were stunning, and exactly what we hoped for. The ink moved around and reacted with other ink and the milk – bubbling, expanding, contracting – it was perfect.

It didn’t take long before these shots were cut down, graded, and added to the edit. Straight away you could see it added a third dimension, and took the Biological E case study to the next level.

It doesn’t always take a huge budget and a crew of 30 to add something unique to your film. Sometimes, some creative thinking and a pint of milk is all it needs.