In The Shadow of Mount Kenya

Behind the Scenes: The challenge of shooting a brand film on a remote farm in less than a day.

Continuing our series of films for IAG Cargo, our next international shoot was to be in Kenya. Following on from the Boeing and Biological E films, the next company to be given the treatment was KHE – a vegetable farm close to Mt. Kenya which supplies produce for Tescos and Waitrose. We were on our way to see produce that, a few days later, would be sitting on your local supermarket shelf, still fresh.

The aim of this film was to express the speed and scale of KHE’s operations, therefore demonstrating IAG Cargo’s capabilities. However where Boeing and Bio E were both very clinical, clean and high tech, this film was to be softer, expressing the subtle beauty of nature and growing food, but retaining the high energy of the previous films. The biggest challenge with this film was that, unlike the previous shoots, we had just one day to film everything. We would have to shoot fast, and shoot smart, to make this work.

These thoughts were abruptly interrupted as a pair of headlights came speeding towards us out of the dark, and our driver weaved back into the correct lane. The 3 hour journey to the farm, I thought, would be a good time to catch up on sleep. I was wrong. The main roads that join Kenya are often singe carriageway; this means that a lot of overtaking of slow lorries needs to happen in order to get anywhere. This means cars overtake each other a lot, often much much closer that we would in the UK. I did not have a relaxing trip.

We arrived, thankfully intact, at Nanyuki, where the farm was. We met for coffee with the owner of the farm – but were very wary that we didn’t have much time, so soon we hopped back into the cars and arrived at the farm. It was truly vast. At the entrance was a really cool tree, that had hundreds of intricate spherical nests in it. 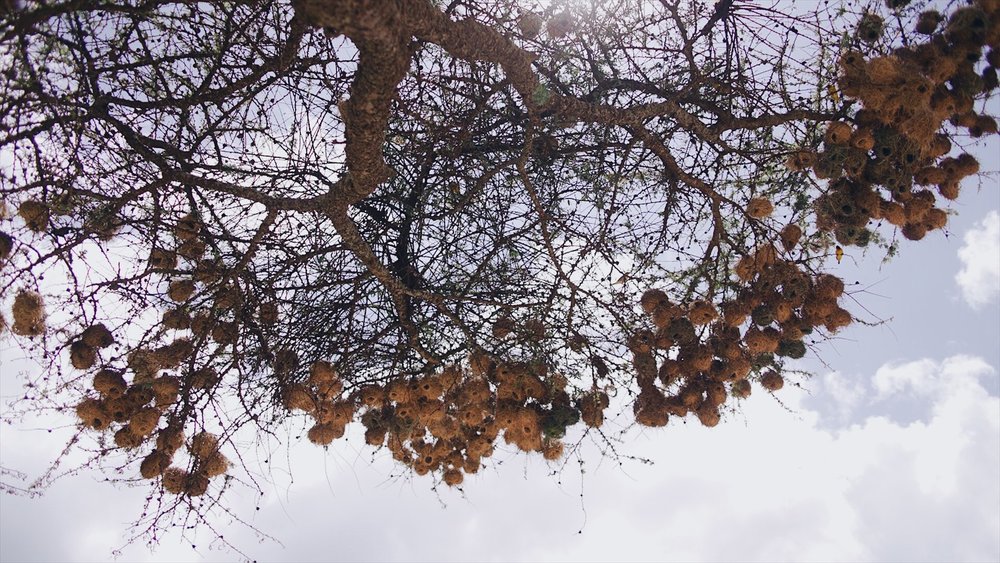 We had to jump straight in. We had a recce around the area, and found some rows of crops which made a fantastic background for the main interview. We set up the cameras as we had done for the other films – a 14 mm positioned low, the talent in the centre. This drove the message of power and scale. The second camera was on a 35mm at eye level – this was the A cam for the interview.

This all went smoothly with barely any disruption, save for a few tractors and eager workers creating noise. This was good, as we could maximise on the rest of the time to take as much gorgeous B roll as possible. And there was a lot of ground to cover – over 2000 acres, in fact.

The camera set up for this shoot was as follows: One Sony A7S II flying on a Movi M5, one URSA Mini Pro on a Kessler Cine Slider, and two sweaty, muddy, out of shape men running around a farm. If anyone tells you video production is glamorous – it really isn’t 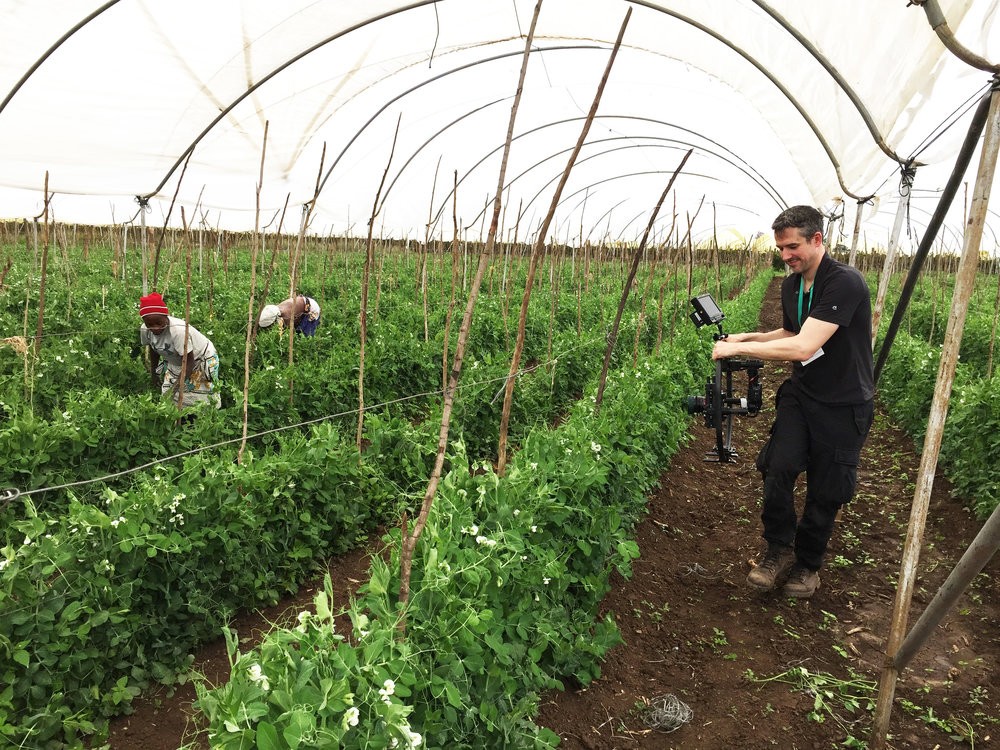 However, the set up allowed us to shoot grand sweeping shots of the rows of produce with the Movi, and some close up, track-pan shots of individual plants, fruits and vegetables. I found the slider very slow to work with, hard to move, and by the time I had it straight and true and ready to get my shot of a farmer, they had long gone. So I took it handheld for a lot of the shoot. I have quite a steady hand, and I figured if I shot some smooth handheld motion in 50P and slowed it down in post, I could get very close to what the slider movement had given me anyway. 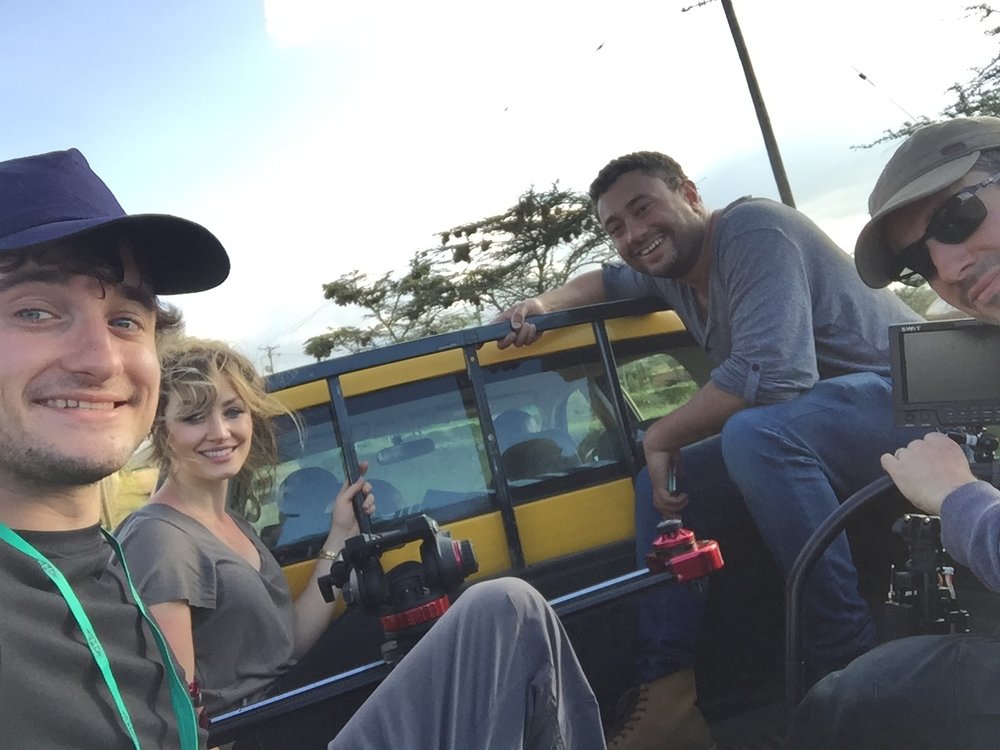 The team on our way around the farm in the truck

Ian found the Movi troublesome, too. The ground was either muddy or plain rough, making silky smooth shots hard to come by. Gimbals are great, but they cant get rid of translation movement, thats up to you. Not to worry though. I had already anticipated this from our experience with the other shoots (where the Movi on some sort of wheeled system creates the smoothest shots). So we loaded Ian into the back of a car, and the car drove along the tracks around the farm. This way, we got a lot of speed, covered a lot of ground, and most importantly smooth shots with no translation motion from rocky ground. 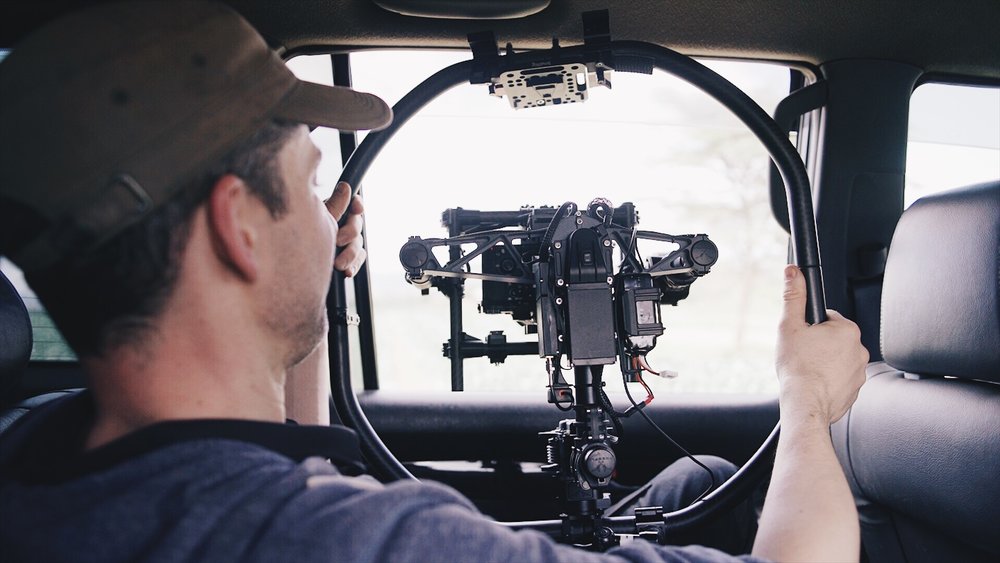 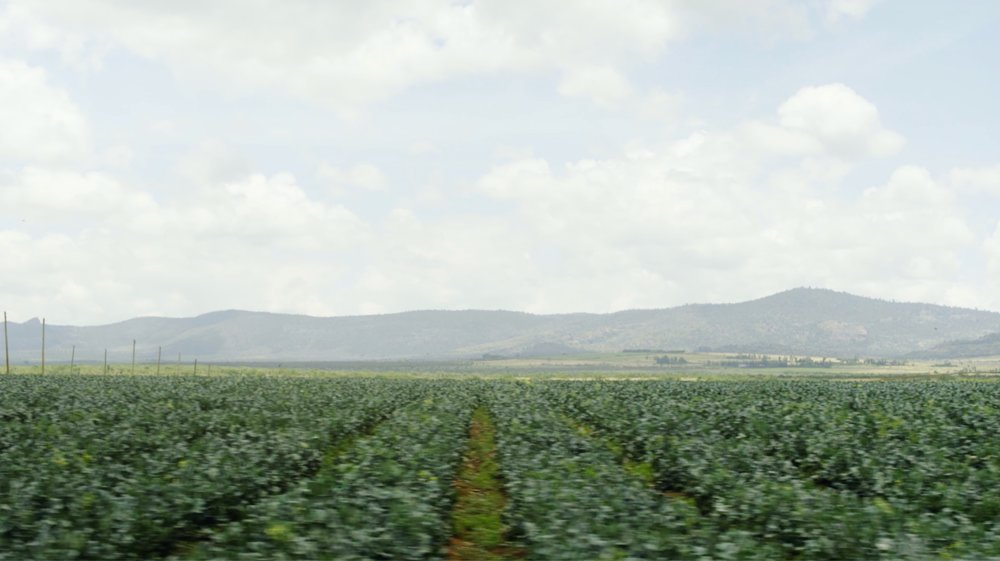 The combination of Movi and truck produced some of the best shots of the film.

We covered most of the sections of the farm. Raspberries, broccoli, beans, sugar snaps, and corn. At one point we got caught up in filming a rolling sprinkler system, and ended up getting a bit wet, but luckily the kit was fine to carry on.

Throughout the afternoon, we’d found our rhythm with the shooting. Our main issue now was the heat. It wasn’t summer in Kenya when we went, but being English, it doesn’t take much to make us struggle. By 3pm we were feeling it pretty hard. But we battled through, and covered the last few areas of the farm. 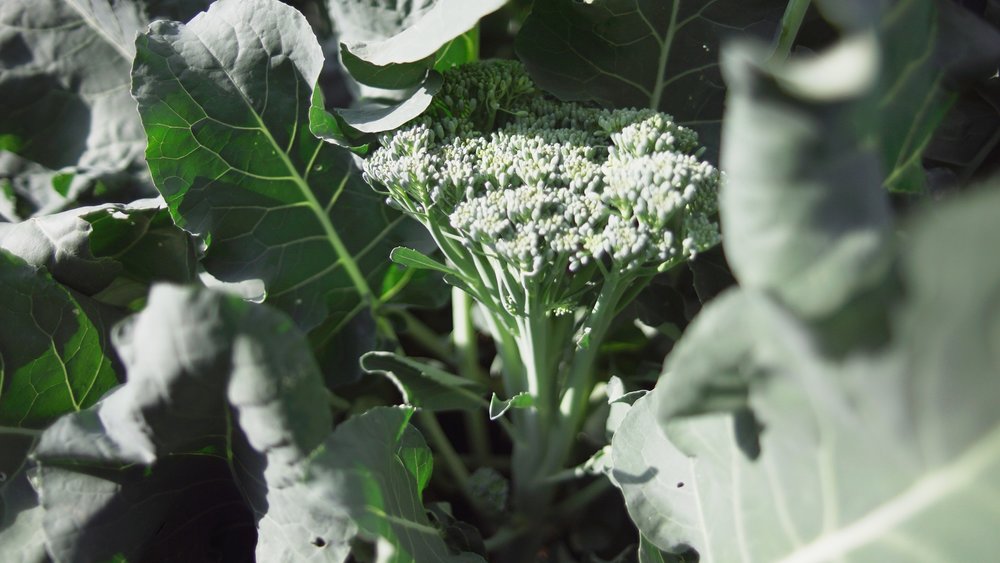 It was oddly fascinating seeing the broccoli I buy every week here in its natural state.

We’d worked hard, and pulled it off. Knowing the limits of our equipment and finding work arounds quickly was just as important as the equipment itself. As they say, its not what you have, but how you use it.

On the way back we were rewarded with some incredible views of Mount Kenya, a beautiful sunset, and some zebras to boot. It struck me how far from home we really were – especially as we crossed the equator.

We also had a relaxing three hour drive on the way back…OK, so maybe our driver fell asleep and almost crashed into a concrete post. But apart from that, it was great.