Over a very short space of time TikTok has gained immense popularity around the world. Since the Chinese video sharing app (branded as Duoyin in Asia) merged with Musical.ly the numbers have soared.

TikTok allows users to create 15 second videos that are often accompanied by music. The idea behind the app really couldn’t be any simpler, which is why it has now become one of the most downloaded apps in the world. TikTok now has over 1.9 billion downloads around the globe and in 2019 was rated the 4th most popular app in the world – and the only one in the top five not currently owned by Facebook.

Below we break down the various components of TikTok’s audience to help you gain a better insight into who is using the app and what is driving its success with a variety of TikTok statistics for the UK market.

So who exactly is using TikTok in the UK? It is thought of as an app for the younger generation and the demographic statistics certainly bear that out.

In 2019, the largest age group in the UK was aged 18-24, accounting for 26% of users accessing TikTok from smartphones. There is a significant drop in the next age category of 25-34 year old UK smartphone users who make up just a 9.3% share. 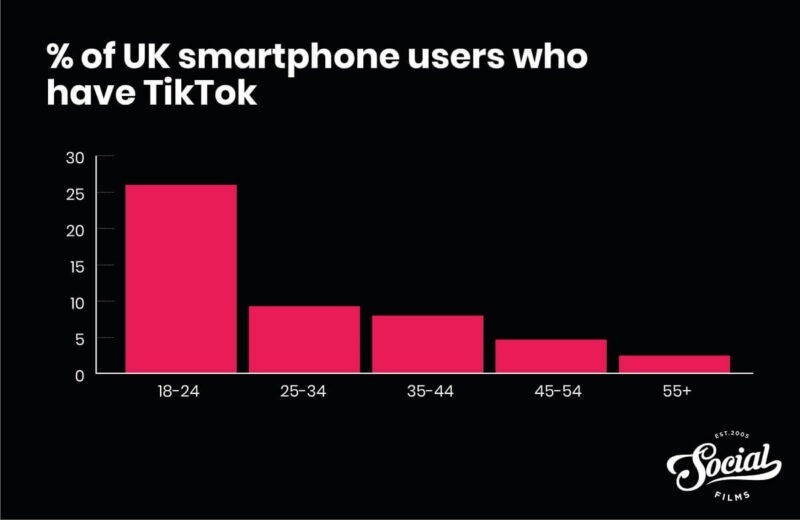 How many active users does TikTok have in the UK?

TikTok has 3.7 million active users in the UK who engage with the app for an average of 41 minutes a day. This is lower than the global average TikTok user, who spends 52 minutes actively using the app. The average engagement rate for the app currently stands at 29% globally. 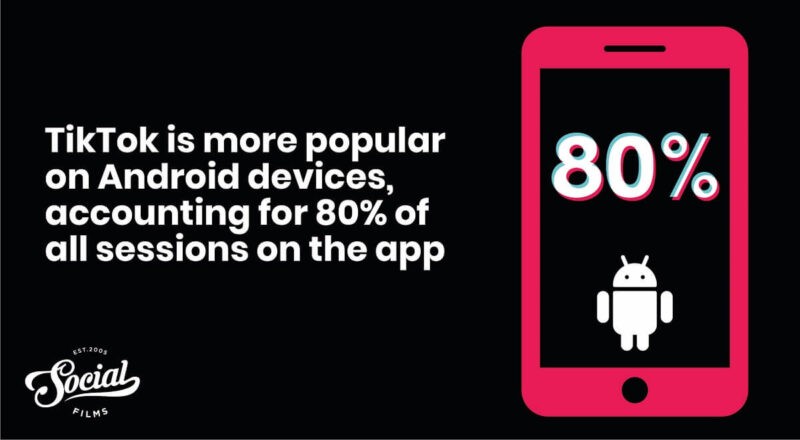 TikTok grows month on month, so analysing the download statistics can prove difficult. In addition, the number of downloads does not equal the number of active users so this cannot be taken as a complete representation of the audience of the app.

We do know that TikTok currently has over 2 billion downloads globally but where exactly are all of those downloads coming from? While the app was born in China it has grown rapidly over the past couple of years to take up prominence on user’s smartphones on every continent.

How many downloads does TikTok have in the UK?

In total, App Store and Google Play customers around the world downloaded TikTok almost 115 million times in March 2020 – the most the app has ever achieved to date in one month. Over 745,000 of these March 2020 downloads were from the UK. The number of UK TikTok users is expected to reach 10 million by 2021.

China remains the biggest market for TikTok, with 57% of the user base located in the country. However, India may challenge that in the near future after producing 190.6 million downloads in 2019 – more than anywhere else in the world. 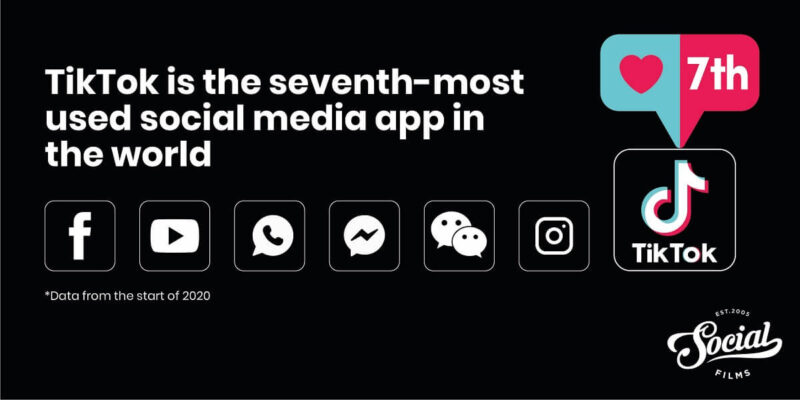 There is no shortage of TikTok fans in North America, which saw a mighty 4,607,000 downloads take place in December 2019. Revenue wise, sitting in third place is the UK, with 990,000 iOS downloads generated in the same month, while 645,020 android device users downloaded the app in January 2020. 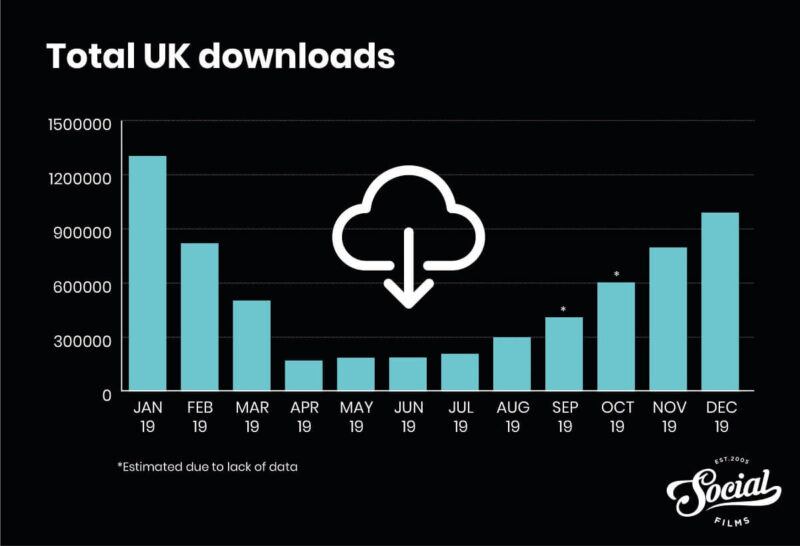 Music sits at the heart of TikTok and is usually the driving factor behind the many #Challenges that end up going viral. Some challenges are sponsored by companies looking to gain exposure on social channels, but the vast majority have more humble beginnings. And usually there will be some sort of dance linked to the challenge.

As you can see, a top 10 global 2019 TikTok challenges list below is dominated by music and dance moves:

TikTok challenges really took off during 2019, with a number of celebrity-led videos also going viral. One of the most popular in the UK was the “#BeautifulPeopleChallenge” launched by singer Ed Sheeran.

Music-based challenges like “HitTheWoah” and Lil Nas X’s “#YeeHawJuiceChallenge” also proved to be a huge hit with UK TikTok users last year. Giving users the ability to control the rain saw the #RaindropChallenge become the most popular challenge of all last year, with 995 million people getting involved. 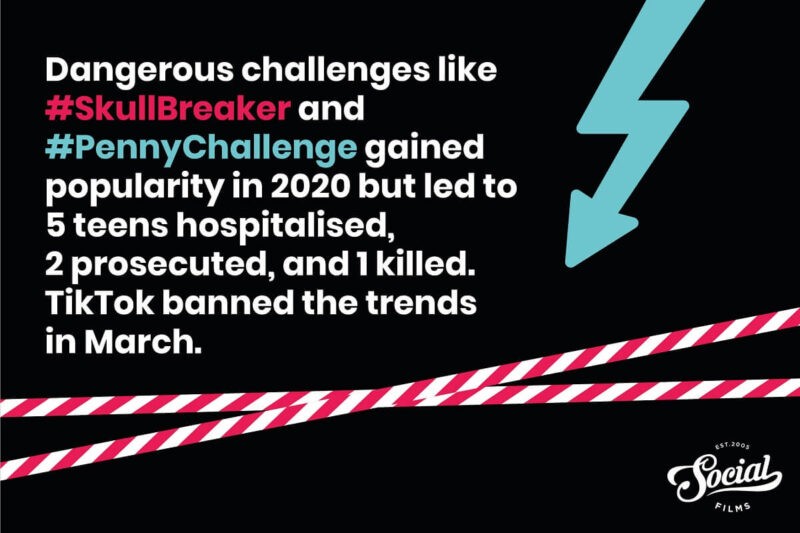 Other popular TikTok challenges in the UK last year included #MyEnds (66 million) and #FitGotReal (57 million plus) which were promoted by the app – the latter working in collaboration with non-profit public body Sport England.

2020 has already seen the likes of “#YummyDanceChallenge” racking up 1.4 billion views in the first three months of the year. Users performed choreographed moves taking inspiration from Justin Bieber’s 2020 hit “Yummy”.

There’s no shortage of new content being created on TikTok, with fun and inventive videos capturing the imagination of the app’s users. But similar to other social media-related platforms the competition to pick up new followers is hotly contested. 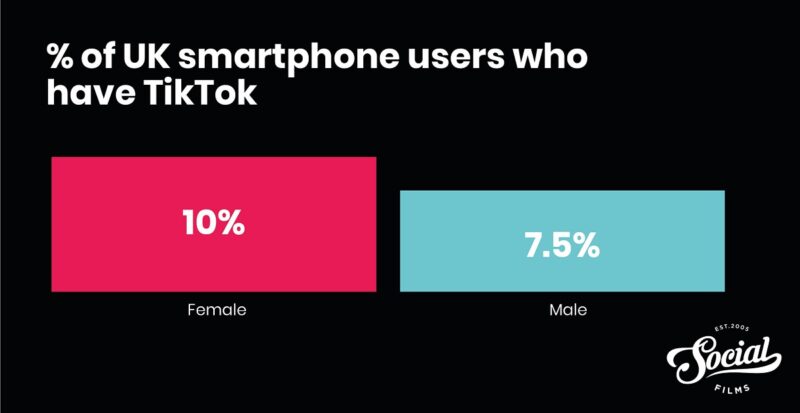 The difference between the account with the tenth most followers (Laura Bubble – 1.1 million) compared to Holly H at the top of the list (16.6 million) is quite wide. As is the gap between first and second (Jamil Jamel Neffati – 8.5 million). The UK’s top TikTok influencers grow month on month and post consistently to increase their following.

Another big anomaly that stands out is the lower rate of engagement enjoyed by UK content creators on the platform compared to their Instagram accounts. While their follower counts are higher on TikTok, interactions are lower proportionally, which goes against the well-held belief that TikTok’s engagement rate is much higher than other platforms. The reason for this disparity could be because not enough of their content is being seen by their vast audience compared to a more concentrated viewership on Instagram. 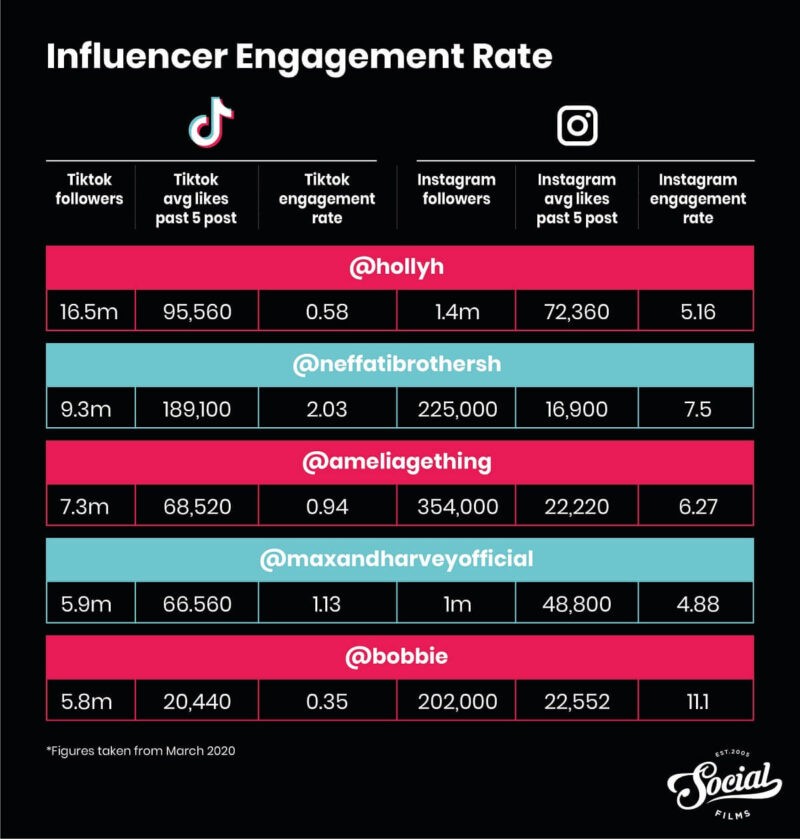 The UK market for TikTok is certainly growing and with audience development comes influencer success. There are new key players to the UK TikTok scene every week, however, the current top ten TikTok influencers in the UK at the moment are growing consistently to ensure their status is kept secure.