We brought a scale model aircraft to life in a world’s first using projection mapping and real world visual effects.

Promote the launch of British Airways’ route from London to Singapore

Using a technique known as projection mapping, we collaborated with London-based Projection Artworks to push the boundaries of the technology. Typically, the effect is used to project animations on to flat static objects, such as buildings. Our aim was to use perspective and movement to produce an effect that had never been seen (or attempted) before.

As such, we needed to map animations so that they would work not from one camera angle, but from five. We used seven HD projectors to fully map a 1:20 scale model at London’s Wimbledon Studios. Everything was sprayed completely white, effectively giving us a blank canvas on to which we could project the moving images.

For the takeoff sequence specifically, we needed to shoot ‘top-down’ from above. These were achieved by using a huge 20ft Crane that needed to shoot and simultaneously dodge shadows cast by the projectors.

To further simulate realism and the feeling of flight, we used Hollywood-grade dry ice effects to create lifelike cloud layers through which we see the model appear to effortlessly glide.

“It’s quite frankly near impossible to watch this video of a British Airways flight and believe that it’s not just a mere animation”. Wired Magazine

We wrapped at gone midnight after over 16 hours of shooting. Before shutting off the cameras completely, we turned off all of the projectors and flicked on the lights to mysteriously reveal the illusion. It was and still is our most ambitious project to date and we were fortunate to be given the creative freedom by British Airways to explore new media in this way.

“While evidently a shrewd bit of an advertising for the routes the new A380 will serve, the video is so cleverly constructed that it is worth a watch.” Wired Magazine 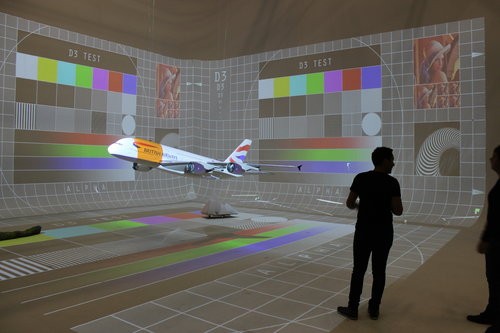 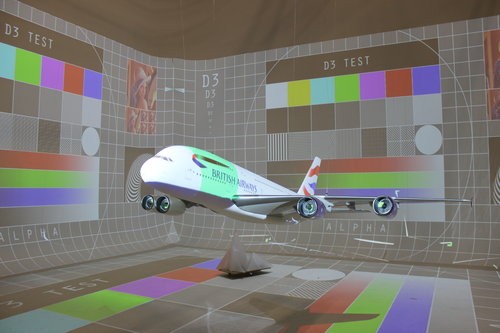 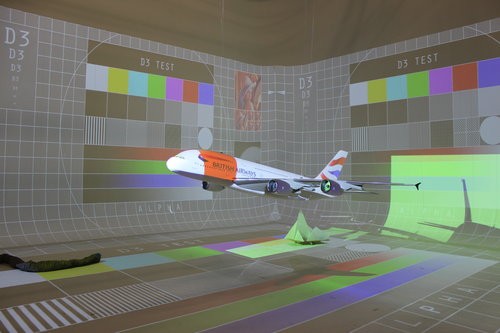 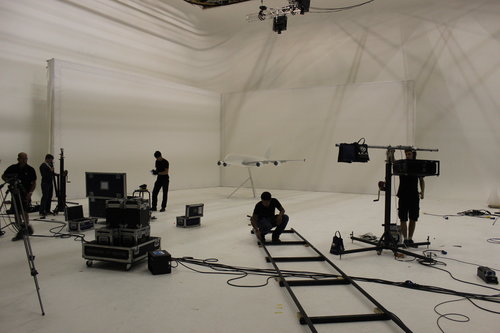 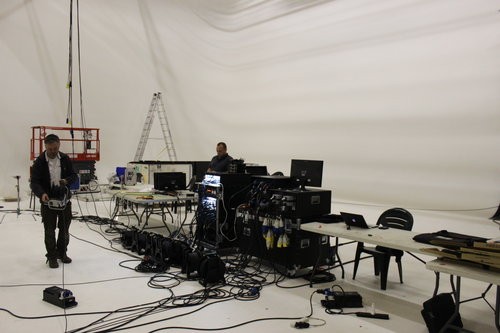 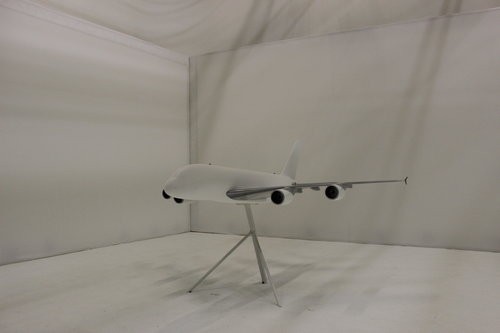 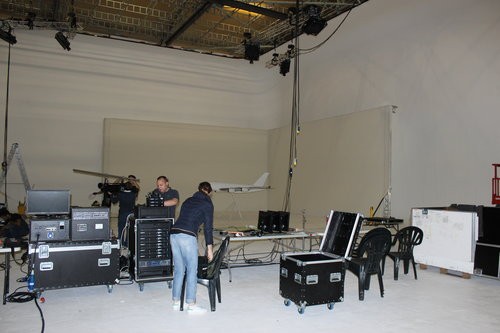 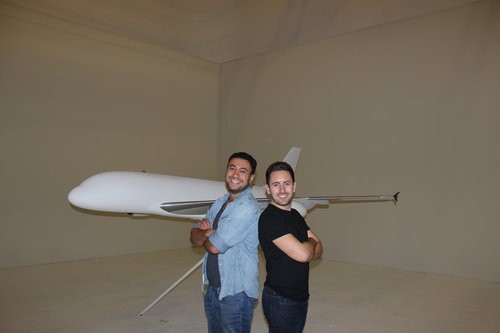