Big Bang Theory star Kunal Nayyar talks to us about how he left home at 18 to seek fame and fortune in America.

Capitalising on Kunal Nayyar’s run in the West End alongside Jesse Eisenberg in The Spoils, we took the opportunity to visit the star at London’s Trafalgar Studios.

We had 30 minutes to talk to Kunal about his first big break and how travel (specifically with British Airways) played a part in landing the Big Bang Theory – A role that took him from New Delhi to Hollywood and put him on the big screen.

The film crew used 3 Cameras – One wide and two close-ups – one from the front & one from the side, supported by lighting and diffusion. In-house lighting was dimmed and used to illuminate the theatre stalls and front portions of the stage. The audio was boomed with a Rode NTG-II shotgun mic, which, in the surroundings of an empty theatre gave us fantastic sound.

“All of us left that sub-continent at 18 years old to go to college with the same aspirations, to become a banker, or a lawyer, or a doctor or an engineer”.

Becoming an actor didn’t fall within the traditional remit and It was the support and encouragement from his family that truly gave him the confidence to pursue his dreams.

“I was weeping. It meant so much to me, to be this kid from New Delhi who made it on to the big screen”

The film formed part of a wider campaign that featured interviews with celebrities including Victoria Beckham talking about how travel had played such an integral part in their career and personal life.

We left having spent a charming afternoon in the company of a Hollywood legend, who’s hard work and determination has, by all accounts, made amazing things happen. 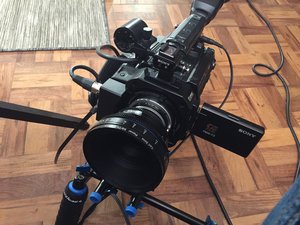 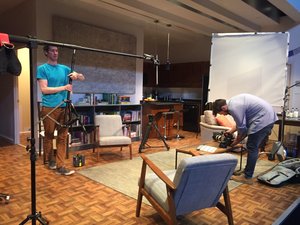