One man. One Plane. Brian Habana takes on British Airways A380 in a worlds first that has to be seen to be believed.

What do you get when you cross an Airbus A380 aircraft with South Africa’s fastest Springbok?

No it’s not a joke. This was the brief we were given by British Airways to promote the launch of their route to South Africa.

Briefed, shot and delivered in less than a week…

How can you predict the outcome of something that’s never been done before? Answer: You can’t. What you can do however is plan for every eventuality. With just one take(off) to get it right – We dug out our GCSE science books in an attempt to beat the odds. 6 Cameras and a crew with balls of steel captured the action as it happened. 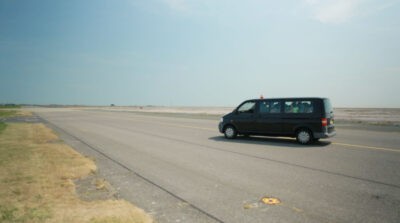