Filming one of the greatest art collections in the world

Produce a Corporate Video for IAG Cargo to promote their partnership with the National Gallery.

Our Videographers filmed an interview with Larry Keith, head of conservation at the National Gallery, highlighting the cultural significance of the collection and the importance of handling priceless items with both care and precision.

Blessed with such an iconic building, we were spoilt for choice with beautiful angles and wanted to make sure that our corporate video was equally as impressive!

Our wide angle interview set up (not forgetting the beautiful central atrium in the background) captured the scale and grandeur of the building in an attempt to do the gallery the justice it deserved.

Smooth tracking shots were captured on the Movi M15 with a rubber wheeled dolly, on which our production crew could sit comfortably all night, whilst our producer Tom gracefully wheeled them around!

We wanted the edit to feel classic, with a modern twist. Given the sheer impressiveness of the gallery and the collection within it, it wasn’t long before we’d stored up a wide variety of shots that would be used to edit the video. 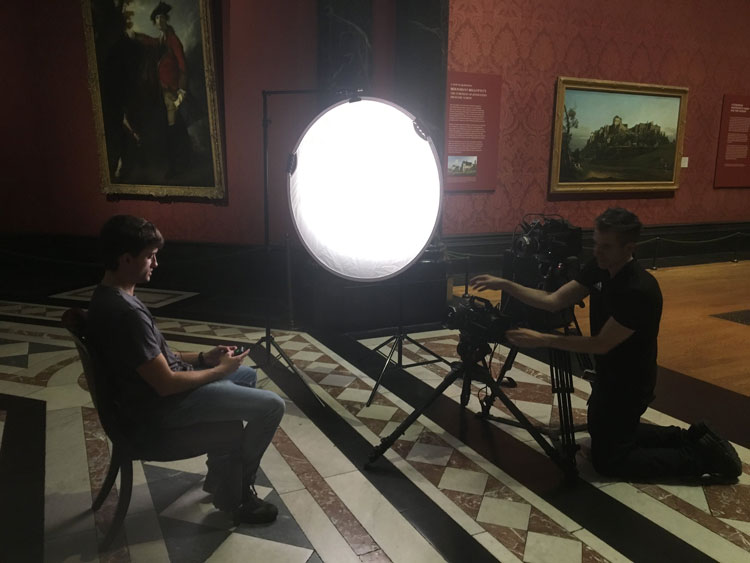 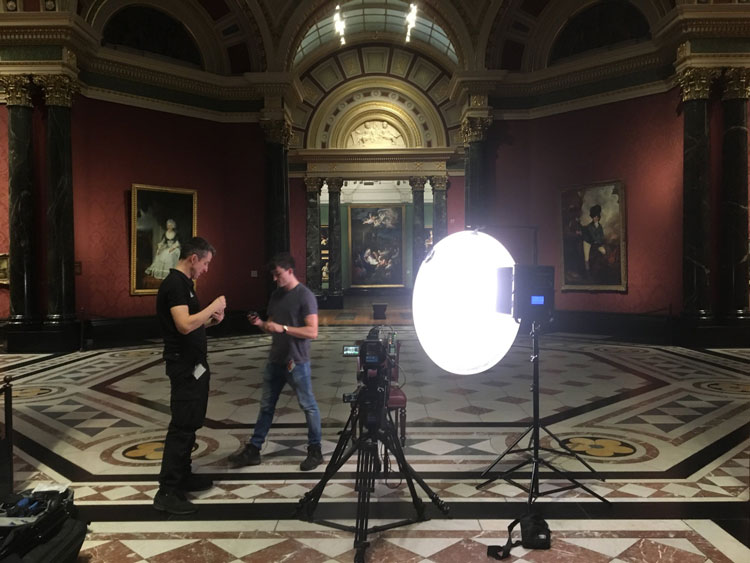 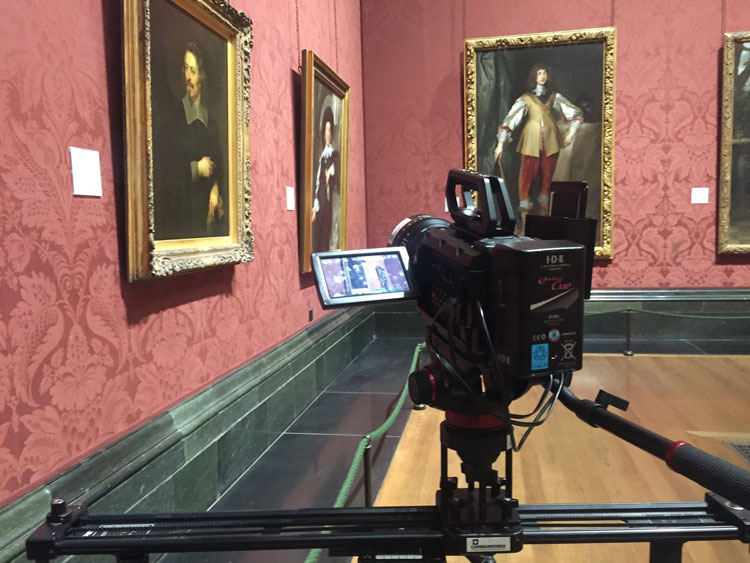 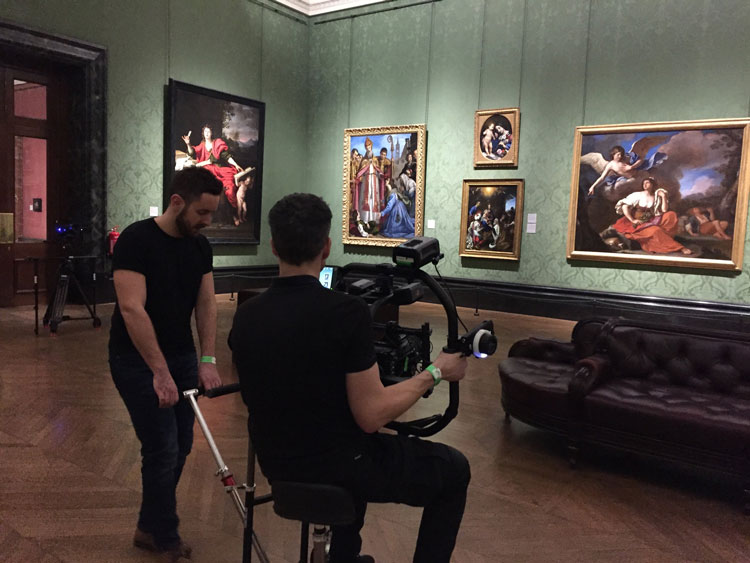 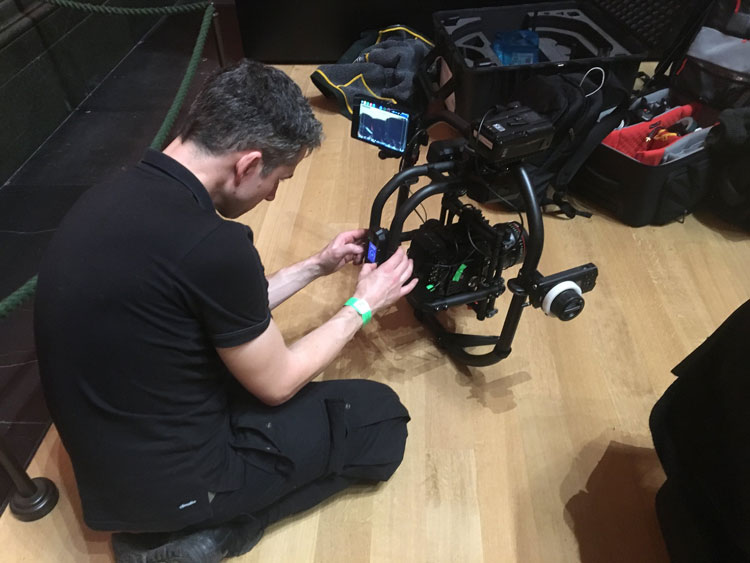 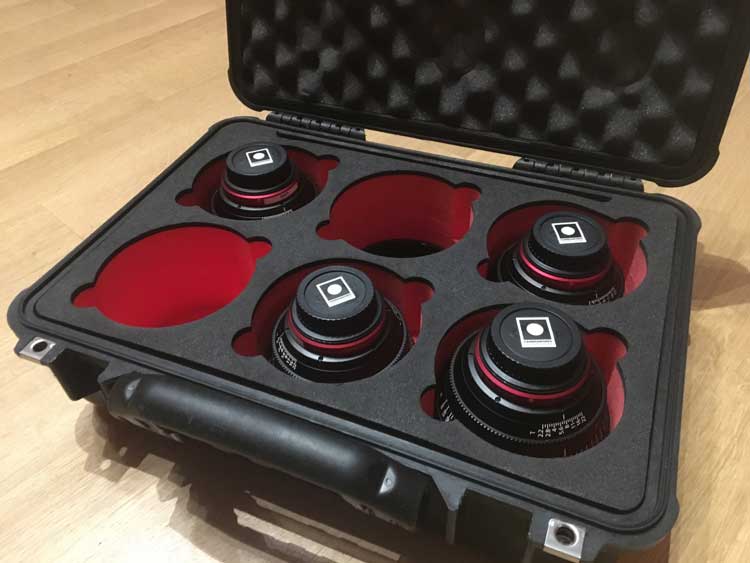 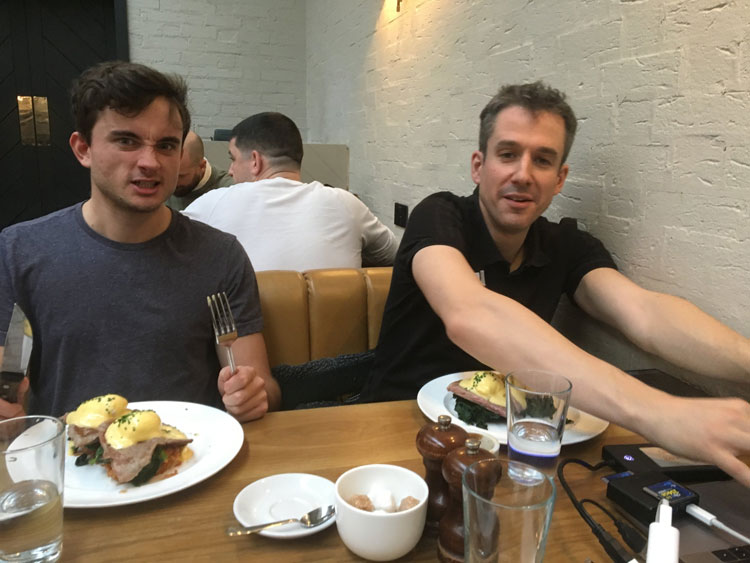