Jason Vale aka “The Juice Master" launches the Phillips Avance Juicer with an upbeat promotional video.

Our production crew worked alongside Jason Vale aka “The Juice Master” to demonstrate just how easy it is to make fresh juices in the comfort of your own home. Jason is well known in the industry for his charismatic, enthusiastic and highly energetic presentation style. We wanted to make sure that we captured this on film.

For the film shoot, we hired the Good House Keeping Institute in Soho, home to a cookery school which has been running since 1922. With a range of state of the art kitchens available to hire, it made the perfect location to film the promotional video. We wanted audiences to be able to imagine the Juicer in their own kitchen and see just how easy it is to use.

Typically with a video of this nature, we would script everything prior to shooting. However, since Jason lives, breathes and (of course) drinks the recipes that he would be presenting, a script would have been prohibitive rather than helpful. Part of our job is always to assess the individual and make recommendations on which method will work best for them. On this occasion, we felt strongly that we would capture the very best result by filming Jason live and off the cuff.

“We had three recipes to shoot in one day, along with a demonstration of how easy the machine is to clean”.

We arrived to setup at 8am and once the early morning juice had kicked in, Jason was off and our videographers raced to keep up!

We started by filming Jason running through each recipe from start to finish on a 50mm lens that captured Jason and the Juicer in frame. Once we’d captured the main content, we filmed cutaways of the key moments – From celery being snapped and apples being sliced to beetroot-red juice pouring over ice.

The majority of footage was filmed handheld with plenty of energetic movement. We also used a slider to capture the closing ‘pack shot’ and a few dolly shots throughout.

We left the studio having had far more than our five a day and with the natural energy to start editing the video. In our post production studio we experimented with speed ramping to inject further energy. Speed ramping is the process of manipulating the speed of a video clip by accelerating and decelerating its realtime speed.

The end result was a fast-paced, high octane whizz through the features and benefits of the product that felt more persuasive and compelling than a stand-alone tutorial. The ultimate proof? Tom bought one… 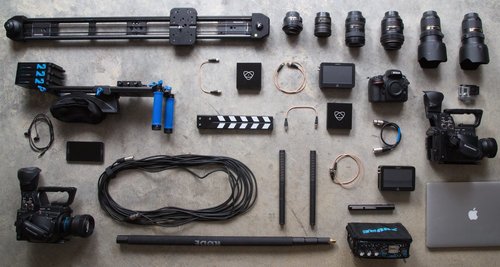 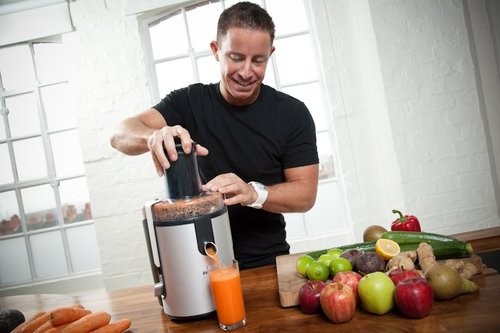